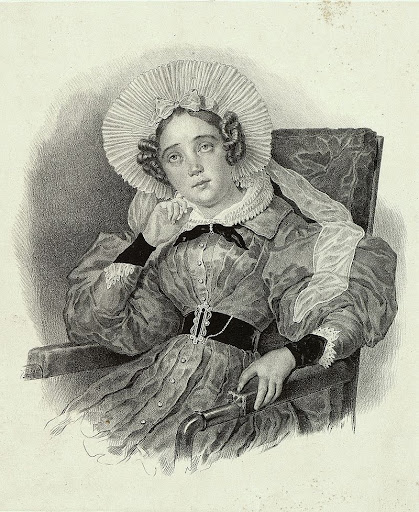 Elizaveta Michajlovna Frolova-Bagreeva (1799-1857), born Speranskaja, is next. Since her birthdate was missing from  the NEWW list  that provides most of our names, she was assigned "1700" as a default, putting her smack in the middle of the eighteenth century, though her rightful place is much later – in the middle of the nineteenth century. So we find her name out of chronological order (hence the "*" by her number), another look ahead at women's writing a few generations after the empress Elizaveta Petrovna (which is where we left off with our historical progression). Frolova-Bagreeva is a very interesting case, and one not selected for inclusion in the 1994 Dictionary of Russian Women Writers. Indeed, she illustrates several ways in which women writers can slip through the cracks of the canon and all but disappear. Although her life was not as dramatic as Ksenija Borisovna Godunova's ( see our last post ), it had some very sharp ups and dow
Post a Comment
Read more 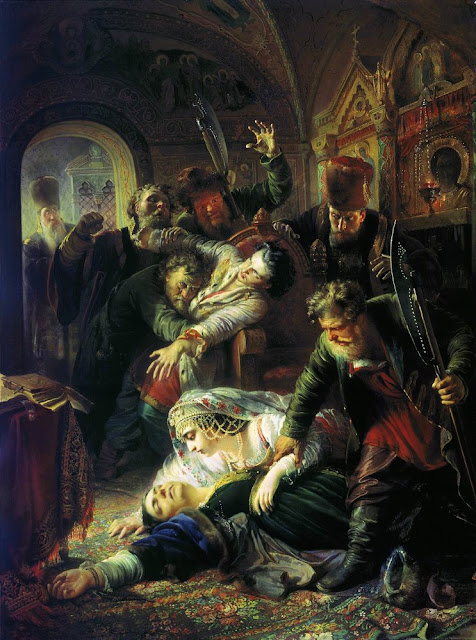 Who was "Russia's first woman poet"? The earliest female poet (or writer) mentioned in Golicyn's 1889 Dictionary is the legendary Cossack singer Marusja Čuraj, to whom we've devoted a couple of posts ( Marusja , Marusja bis ).  But maybe there were some others before Marusja? Let's pause for a moment to think about what question we're asking  – because answering the question "who was the earliest Russian woman writer" (to the extent that we are able to do so) requires that we reflect on the definitions of both "Russian woman" and "writing." Does "Russian women" also include women from other countries and cultures who live and write in Russia (such as Catherine the Great)? Should we consider only women who write in Russian or can we admit those who also (or even exclusively) wrote in other languages, such as French or German? And are we interested solely in women who produced examples of unmistakabl
Post a Comment
Read more 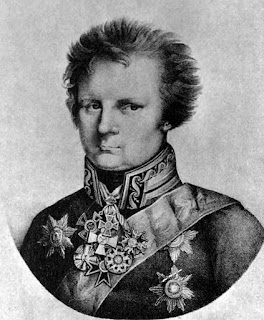 N. P. Averina is out of chronological order as well, and while I am anxious to return to the 18th centur y, I also want to tidy up the list  and put her in her rightful place. I have been unable to find Averina's first name ; her patronymic was "Pavlovna." Golicyn (8) credits her with two publications: reminiscences regarding her father, Pavel Ivanovič Averin (1775-1849), a prominent political figure , and a published letter commenting on a biography of statesman М ichail Michajlovič Speranski j . More on him coming soon. Averina's me m oirs of her father appeared shortly after his death in the first (1852) volume of "Soirée " (Раут) , a three-volume "Historical and Literary Collection" published by N ikolaj Vasil'evič Suškov for the " Use of the Educational Institute for Noble Girls of the Office of the Tutelage of the Poor". This is an important , if largely impersonal biographical source on Averi
Post a Comment
Read more
More posts

This blog and the translations presented herein are licensed under a Creative Commons Attribution-NonCommercial 4.0 International License. The work posted here has been generously provided by persons unpaid for their labor and may be reproduced for scholarly or personal use, but not for commercial purposes. When quoting from or otherwise citing this blog or the featured translations, please include the name of the site, "Zolotaja ručka: Damskaja literatura XVIII-XIX vv.", and that of the translator or author (Sara Dickinson unless otherwise indicated).

We would be delighted to receive your feedback on specific posts or on the site in general. And we welcome proposals for potential contributions, such as translations of Russian women's writing into English, Italian, or other languages. You may contact us by leaving comments at the end of our posts or by email at: zolotaja rucka@gmail.com.

While the Editorial Commissariat has examined the translations posted here and made minor suggestions, responsibility for their overall quality -- as well as the guarantee that they represent original work -- lies wholly with the translator and not with this blog or with its editors.